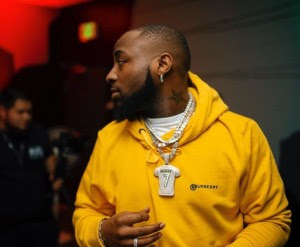 A Twitter lady has reacted to the news of Davido’s girlfriend Chioma recovering from Coronavirus after getting contracting the disease a few weeks ago.
Yesterday, Davido announced that Chioma has recovered from COVID-19 after treatment in isolation.

According to Davido, Chioma tested negative this time and she has been discharged from isolation.

Reacting to this announcement the Twitter user called Timmie rubbished the claims made by the DMW Records boss that her wife-to-be tested positive for COVID-19 in the first place.

Timmie is of the view that Davido wanted to use that stunt to trend and was only looking for clout.

According to her Davido, wanted to be on the headlines on various media outlets, online and traditional.

She described Davido as a petty clout chaser.

“Davido is jut a petty clout chaser! Chioma was never positive, man just needed to be on the headlines. What a petty grown up man!!!”