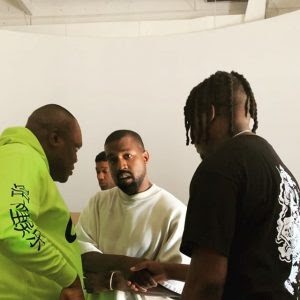 The duo met at Kanye West’s “Sunday Service” on the 30th of June.

The producer took to his Instagram handle: @kiddominant to joyfully make the revelation.

Last year, he made a tweet about his hopes of meeting the rap superstar, which has eventually happened.

Mr Eazi plans to release the Video of Supernova this friday