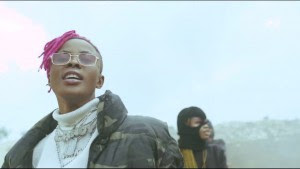 Lastly, this banger was produced by renowned Nigerian producer, Masterkraft.

The Chocolate City diva, Candy Bleakz has released her debut single titled “Kelegbe” under the label imprint and here is the official music video.

The visual was chopped by Naya.