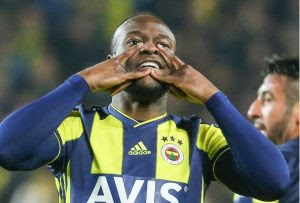 Moses, who joined Fenerbahce on loan from Chelsea in January, ended the 2018-2019 campaign with his highest league goal tally in seven years, netting 4 goals in 14 games.

According to SuperFB, Yanal spoke in a private conversation with Moses and Cape Verde star Garry Rodrigues..

”With your performance, you can determine the fate of the season for us,” he said.

”I will speak openly, so far form is not enough. Both of you have a very high capacity. I expect you to be more productive. I believe you will get better every day.”

[Music] Broda Shaggi-Nor Nor ||Fresh out