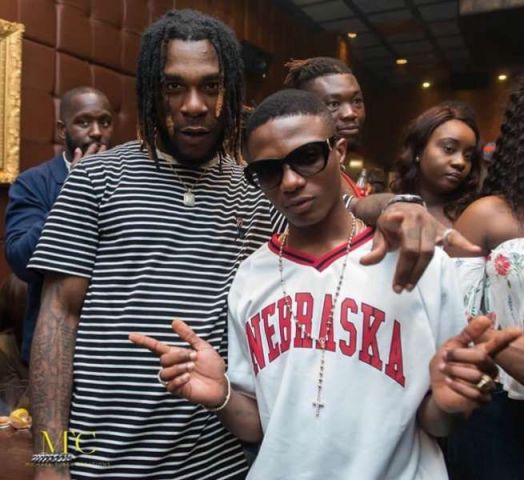 During his Instagram live session yesterday, Burna, his mom, and the rest of his crew were tuned in for Wizkid’s battle against Jamaican singer, Vybez Kartel. The entire family vibed to Wizkid’s album “Superstar” as the battle went on and Burna Boy’s mom, Bose Ogulu took to the dance floor to show off her dance moves.

While his mom was doing her thing, the “Odogwu” singer pleaded with the “Ojuelegba” singer to release another album that is similar to his debut album, Superstar. He said: “Wizkid if you are here abeg drop something like this f**king superstar album, you have to… see my mama na”

See the video below: