Popular cross dresser, Bobrisky has fulfilled his N1m pledge to Tacha as he also shades sex therapist, Jaruma as a clout chaser.

The cross dresser had promised the reality star a million naira after her disqualification from the reality show.

Fulfiling promise made, Bobrisky made a N500k transfer to the reality show star with a promise of getting the rest later.

The cross-dresser also took a swipe at clout chasers who he said they will laugh at if they fail to fulfill their N50m promise. 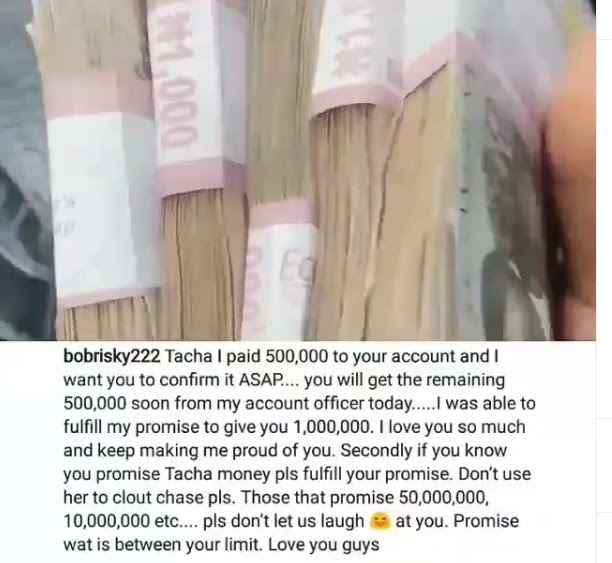 Celeb Aproko: Sean Tizzle finally reveal why he has not been able to drop any song for a while now