Spanish and Athletic Bilbao striker, Aritz Aduriz has been forced to announce his retirement from football due to a hip injury.

The 39-year-old, who spent most of his career with Athletic Bilbao, revealed that he made the decision to retire after doctors told him to get a prosthetic to replace his hip.

“The time has come. Many times, I have said that football will leave you before you leave it,” the striker wrote on Twitter.

“Yesterday, the doctors told me to go see the surgeon, sooner rather than later, to get a prosthetic to replace my hip and to try and go about my everyday life, as normally as possible. Unfortunately, my body has said ‘enough’. 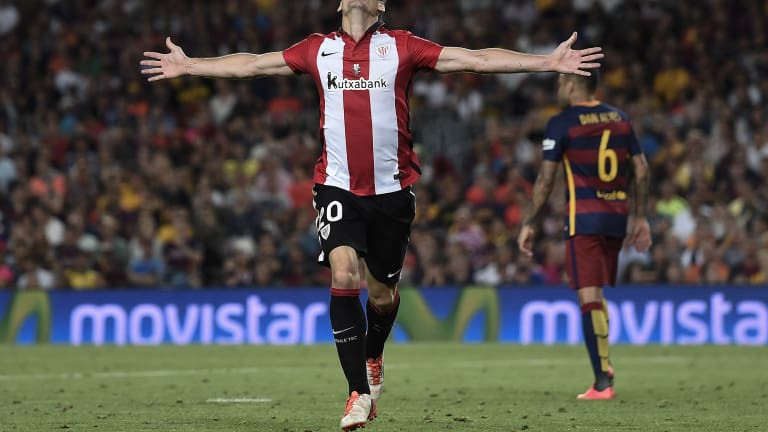 “I can’t help my teammates the way I would like to, nor the way they deserve. That is the life of a professional athlete. Simple. Very simple.”

“Unfortunately, we are living through situations much more grim and painful; the pandemic that we are suffering from has left us with irreparable damage and we have to keep fighting it, together.”

“Thank you, from the bottom of my heart.” 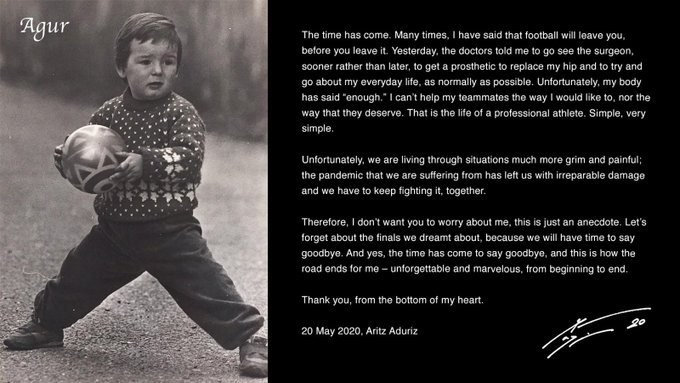 11.9K people are talking about this

Aduriz, who started his senior career with Athletic, scoring over 140 goals in 296 appearances, also enjoyed spells with Real Valladolid, Real Mallorca, and Valencia.

He won his first Spain cap in 2010, including winning a spot in Vicente del Bosque’s squad for Euro 2016 made 13 appearances for his country